I first became intrigued with the history of adoption when I was training to be a counsellor and was looking for a work placement as a volunteer.

I enrolled with ‘After Adoption’ on a week’s course in Manchester, which was focused on Adoptions that took place after the Adoption Act 1926, when Adoption became legal for the first time in England and Wales.

After qualifying as a counsellor, I worked within the Post-Adoption services delivering Section 51 Adoptions counselling, successfully relocating and re-establishing the service from London to the North-West. The whole experience was a real privilege to meet and work with adopted adults who wished to know more about their background and origin.

From my research, I found that about half a million babies were adopted in the 1950’s-1960’s, most of which were to unmarried women. The stigma of having a baby out of marriage during those earlier decades was such that many young women in their late teens and early 20’s were practically forced to give up their babies. They were instructed to disappear quietly without a fuss, to mother and baby homes set up by the Church and Salvation Army. These tended to be far away from home, and six weeks later the young mothers would sign over her infant to someone else. They were then expected to make a fresh start in their life and forget that their babies ever existed. In many cases, it was dealt with in a cold, transactional manner, and the birth mothers were then left with a multitude of emotional issues to cope with and take with them throughout her lives.  Their ‘secret’ was rarely talked about with anyone.

Traditionally adoption issues have been characterised by a plethora of emotions. The joys of providing a home and family for an adopted child, the grief and loss for the child losing its original parents, and of course the numerous issues for the birth parents. In addition, there is a huge loss of fertility and genetic continuity for the adoptive parents.

Fortunately, for many adopted adults their adoption experience is one of great success and happiness. Their adoptive family has been all that they have needed and wanted, and they experienced a very happy childhood. They often live a content and fulfilling adulthood with no real manifestations experienced from their adoption.

However, what I did learn whilst sharing experiences with my clients is that there are many adopted adults who sadly  suffer with a multitude of unpredictable and sometimes inexplicable feelings and emotions. Whether the adopted person is actually conscious of this or not, they often question the notion that their separation occurred as a matter of choice, and this results in them navigating their lives with low self-esteem and a lack of self-worth, resulting in discontentment and often a feeling of ‘not belonging’. Sadly, research has said that the severing of the bond between the birth mother and her baby can cause a profound wound which affects the adopted person’s basic sense of self. I found that adopted people may often manifest a sense of loss, mistrust, identity issues, emotional and/or behavioural issues and difficulties with relationships with significant others.

It was not until the Adoption Act of 1975 and the ‘Access to Birth Records’ service that provided adopted adults with the opportunity to find out more about their background and origin, and to obtain support with their adoption issues and concerns.

In more recent years, for the most part, the attention has been focused on the birth mother. Acknowledgment quite rightly has been given to the long term enduring wound that many birth mothers experience throughout their lives-guilt, shame, profound issues of loss and grief, denial, depression, and low self-esteem. Given they had no option other than relinquishing their baby, the birth mothers were berated, disgraced and humiliated. The majority of pregnant young women were cast out by their families, ostracised and shipped off to homes for mothers out of marriage. What they describe is methodical, emotional abuse that left them with deep scars and ‘wounds’ that are irreversible.

Unfortunately, it has been found that a huge proportion of birth mothers did not bear any more children as they carried with them feelings of unworthiness. It often felt that it would be disrespectful and dishonourable to the child that was relinquished. Many lived in hope that they would meet their child one day and felt that they would not know how to explain raising another child when they had surrendered them.

Then there is the issue of the birth fathers who have sadly been overlooked in the past. Research shows that a birth father who was aware of the birth will never forget it and his detachment from the parental role was rarely fundamentally his choice. Like birth mothers, they suffer guilt, shame and self-punishment. Their life-long grieving may include denial, numbness, emasculation, fear of rejection and bouts of anger that is often directed towards themselves. The loss may have affected their subsequent relationships, career choices and general attitudes to life, and their emotional experiences are compared to that of a parent whose child has died.

Studies suggest that birth fathers are haunted by the birth event and the adoption process. More recent adoption legislation has provided birth relatives the legal right to seek contact with the adopted adult with the support of an intermediary.

If you have been affected by adoption and would like to explore your experience, please feel free to contact me.

You do not have to process this alone or in silence.

PrevPreviousTalking through grief and bereavement

Talking through grief and bereavement

Fundamentally, bereavement is sadly something we all are going to experience in our lives at some point. It is a unique experience for everyone and

Due to the current social distancing rules in relation to the COVID-19 pandemic, I am currently seeing clients virtually on Zoom or via telephone calls. 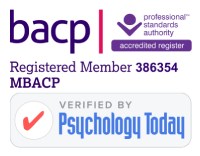